Lewis D. Wetzel, 95, died on Monday, Sept. 28, 2020 at Bridgton Hospital after a long battle with multiple myeloma. Lewis was born on D 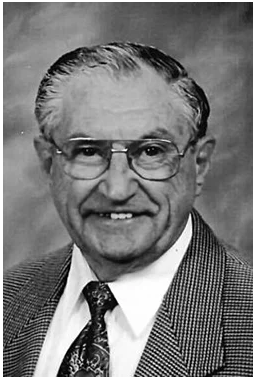 ec. 8, 1924, in Beaver Springs, Pa. to L. Banks and Pauline (Dreese) Wetzel.He enlisted in the Navy shortly after graduating from high school in 1942. He received a medical discharge and spent the rest of the war years working in defense industries. He attended Lehigh University, graduating in 1947 with a degree in electrical engineering. He helped to build a power plant in Sunbury, Pa. During that time he became licensed in ham (amateur) radio, which sparked an interest in electronics. He remained an avid ham radio operator until his death. He worked in electronics in ordinance at Picatinny Arsenal in Wharton, N.J., followed by stints at RCA, a consulting firm in Washington, D.C., and the TV and radio division of Triangle Publications in Philadelphia. He was a Fellow in the Radio Club of America, past president of the Society of Broadcast Engineers and member emeritus of the Association of Federal Communications Consulting Engineers. In 1971 he accepted an offer to work at Shively Labs in Raymond, with long-time friend, Ed Shively, from his time at RCA. He later worked in sales at several electronics companies including EG&G, Hughey and Phillips, and Honeywell until he retired at the age of 75 and moved permanently to Maine. Lewis married Miriam (Smith) Wetzel on June 13, 1953. He is survived by his wife; his sister, Ann (Wetzel) Freed; sons, Larry B. Wetzel (Linda) and Philip L.Wetzel, daughter, Ann (Wetzel) Flumerfelt (David), Lori Wetzel; eight grandchildren; and four great-grandchildren. A private memorial service with family was held Wednesday, Sept. 30, 2020.

Online condolence messages may be submitted on the funeral home website, http://www.hallfuneralhome.net.