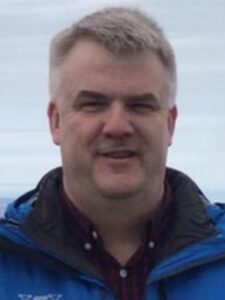 I am saddened to inform you that a long time AFCCE member, Jeremy Ruck passed away on Saturday.  I have included the Obituary notice.

Jeremy Ruck
Canton - Jeremy Ruck, 50, passed away on Saturday, December 11, 2021 at Graham Hospital in Canton after his battle with COVID.
He was born on March 2, 1971 in Peoria to Wilbert "Bill" and Jerrie (Dean) Ruck.
He married Franki Ray on January 20, 1996 in Canton. She survives.
He was preceded in death by his father.
Also surviving is their son, Alexander Ruck, his mother, Jerrie Ruck, his step mother Beverly Ruck and his sister Holly Ruck.
Jeremy graduated from Richwoods High School in 1988 and later from Bradley University in 1996 with a degree in Electrical engineering. He was a member of the Phi Kappa Tau Gamma Mu Chapter where he served on the board of governors for the Bradley Chapter. He was a member of the St. Mary's Catholic Church in Canton and was a member of the Knights of Columbus 4th degree. Jeremy worked as a professional engineer and broadcast consultant. He owned and operated Jeremy Ruck & Associates and was the manager of broadcast and telecommunication at Willis Tower in Chicago.
A graveside funeral services will be held at 11:00 a.m. on Thursday, December 16, 2021, at St Joseph Cemetery in Canton. There will be no visitation.
The family strongly suggests in lieu of flowers memorials be made to the St Mary's Catholic Church Food Pantry.
Oaks-Hines Funeral Home in Canton has been entrusted with arrangements.
To leave online condolences, please visit www.oakshinesfuneralhome.com