From Radio World, Sept. 5, 2014:
AM systems manufacturer Kintronic Labs has several suggestions
for how the FCC can help revitalize the AM band. President Tom King plans to share those with Commissioner Ajit Pai and Audio Division Chief Peter Doyle in a meeting this month.
In advance of that meeting, King is promoting an “open letter to the industry” in which he ask broadcasters to contact Pai and Doyle in support of his recommendations, to let them know “how imperative it is that these measures be implemented on a fast approval track” to make AM competitive with FM.  Here’s the letter:  Kintronic Letter
The manufacturer has a keen interest in AM revitalization; its products are used in numerous facilities, and the company markets itself as “the oldest continually operating AM antenna system provider in the U.S.” Founder Louis King resigned from RCA in 1949 as an AM high-power transmitter design engineer, obtained his PE license and established a business as a regional broadcast consulting engineer that grew into Kintronic Labs. (Read a company history.)
Among the items listed by Tom King for urgent action are these that go beyond what many commenters have suggested:
-Establishment of mandatory minimum technical standards for AM receivers to become effective “as soon as January 2016.” In a demo, he plans to compare CQUAM AM stereo reception with a local FM station as well as the effects of adjusting AM bandwidth from 2.5 to 10 kHz in 2.5 kHz steps. He provides a list of specific minimum allowable performance specifications for all AM receivers, including a low internal noise floor, high RF sensitivity, selectivity and dynamic range and highly effective noise cancellation.
-FCC authorization of AM synchronous boosters, a technically challenging idea that has received less attention than FM translator discussions.
King also urges the commission to enforce RF limits for consumer electronics devices, noting the worsening electromagnetic environment for AM.

From Tom Taylor NOW, Sept. 9:
An AM quality manifesto from Tom King at Kintronic.
He’s pitching three key ideas, starting with a widespread problem that’s going to be very hard to put back in the bottle – interference from “the power distribution industry and [products sold by] the consumer electronics industry.” King says the FCC simply isn’t enforcing its existing rules, “resulting in a constantly worsening electromagnetic environment” for AM. Not only are lights and power lines a problem – so are computers and smartphones, which all contribute to the noise that makes AM reception scratchy. King’s point #2 is “the need for parity between AM and FM receivers through the establishment of minimum technical standards for AM receivers.” King’s not the first engineer to showcase how good AM can sound, and it really can. He’s pointing toward engineering questions like the noise floor, sensitivity of the receiver and noise rejection. (King’s also harking back to AM stereo, to put the medium on-par with FM stereo.) Point #3 is “the need for FCC authorization of AM synchronous boosters.” Tom King says “unlike FM translators, such on-channel boosters would serve to increase the AM stations’ audiences while maintaining the future viability of the band.” If those sound like worthy goals, King says “we need the full support and backing of you, the AM broadcasters, to be able to communicate to FCC Commission Ajit Pai and Audio Media Chief Peter Doyle.” Tom’s asking supporters to email the simple message “I approve” to KTL@Kintronic.com. 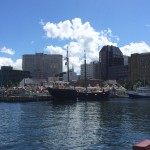 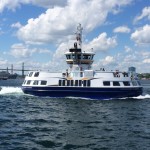 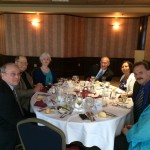 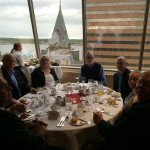 The 2014 Annual Meeting of the Association was a major success, assisted by mostly cooperative late spring Nova Scotia weather and a wonderfully comfortable venue–The Prince George Hotel, Halifax.  Members enjoyed a bus ride through the Atlantic Coast countryside to the Nautel transmitter plant, where they were treated to a no-holds barred plant tour and inspection. END_OF_DOCUMENT_TOKEN_TO_BE_REPLACED

The 2014 Annual Meeting of the Association promises to be a big success, with a beautiful venue, temperatures in line with the spring that it still is, and interesting topics to discuss.  Please come and help shape AFCCE policy and direction for the coming years, and enjoy the fellowship of other members of the AFCCE family in a pleasant atmosphere. END_OF_DOCUMENT_TOKEN_TO_BE_REPLACED

Many thanks to the very talented Chris Ruggia of Vast Graphics, and Mike Rhodes (also very talented), for the help in bringing this new AFCCE website to cyberspace.  I hope that it will serve as a community-builder for a freer-flow of information between members, and as a forum for topics that are of importance to us all. 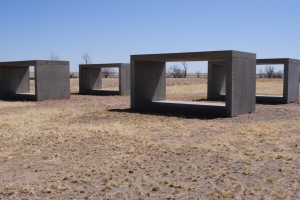 To begin with, please find your member entry under the Membership Listing, confirm that the entry is correct, and customize the entry per your personal preference.  Add a photograph, indicate your professional interests, and post something that will help everyone know you better.

Thanks for your help,
Regards,
David Snavely, AFCCE President

These are the preliminary agendas for the Board Meetings.

Scholarship Board Meeting Agenda May 16, 2014